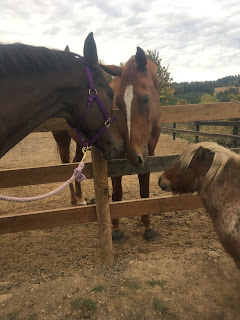 When it became apparent Dickie wasn't going to recover on his own we called the vet back out to find out what our next steps were. I was a total mess. I had convinced myself that Dickie was done for. I know how dangerous an infection in the hoof is. I know horses that have been put down after suffering for months from hoof infections. The situation was made even more stressful because I wouldn't be able to be present when the vet was there. Both my wife and I couldn't be gone from our work that week and I wasn't about to put the vet visit off one more day.

Our vet is wonderful and we knew he would do a good job. Jennie worked as his assistant when she first moved to Oregon. He has an entirely mobile practice so he has all of the high resolution imaging in his truck. The news was both good and bad. Dickie didn't have a massive infection. He has what is called a coffin bone sequestrum. Apparently the object had damaged part of his coffin bone and caused it to die. The only option for full recovery was to remove that part of the coffin bone.

I had never heard of something like this. I did a lot of internet searching and found horses a lot of good outcomes. All of the official articles seemed to say that the prognosis for returning to 100% soundness was good. I was surprised to learn that a horse can lose up to 1/3 of their coffin bone without any affect on performance. However, I still found more than enough horror stories on message boards to make my blood pressure go through the roof. I also knew that there was a chance the vet would open up the hoof and things would be worse than expected.

We decided that there was no real choice in the matter. Either we did surgery and he had a chance of recovery or he continued in pain.

Posted by Adventures of the Super Ponies at 8:16 PM

I hope you enjoy this blog about starting a horse for my first time. Dickie wants you to check in see an example of the kind of horses who are sent to slaughter every day. He has nine lives and is rarin' (sometimes literally) to get started on our next adventure. And I can't forget my Bre mare who I started working with as a green 3yo. She is now my rock and reminds me I can do this. Please stop in and share your stories about starting babies or fun horse stories in general. Happy trails!!!

Dickie as a long yearling 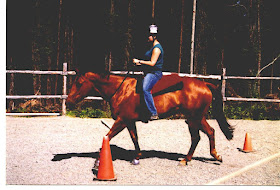 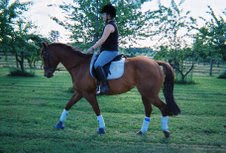 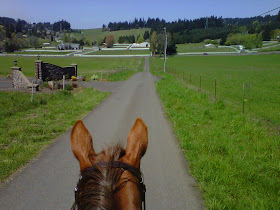 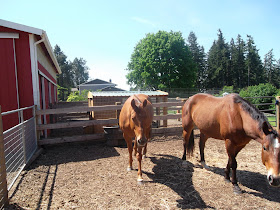 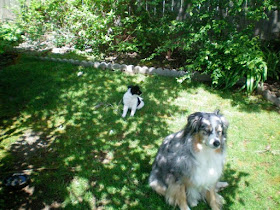